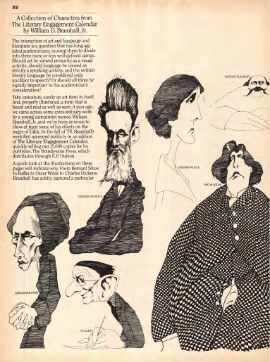 ITC was hitting its stride in the late 1970s. It was releasing a wide range of distinctive typefaces and U&lc had grown into a significantly influential journal – and not just about type and typography.

By the late 1970s, U&lc had a circulation of over 250,00 subscribers. ITC liked to think that there was also a significant “pass-along” readership, but most people tended to horde their issues – fearing that, if they got outside of their sight, they would be gone forever.

As a result, illustrators and photographers were eager to have their work displayed in the pages of U&lc. And the editors of the journal obliged. The four issues of Volume Six showcased the work of no less than a dozen different illustrators and photographers. Some, like Jim Spanfeller and William Bramhall, became regulars in the journal. Others like, Frances Jetter and Janet Beller, received their first major exposure – while others, like Joan Hall and Richard Haas, were seasoned professionals. 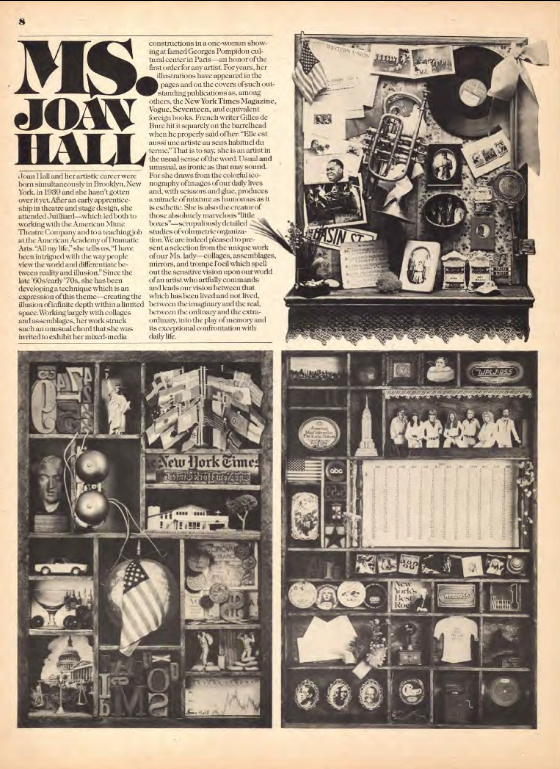 Four diverse new ITC® typeface families were also announced in the pages of Volume Six. The ITC Clearface® family, a revival of an early American Type Founders design, was announced in the first issue. This was followed by the ITC Zapf Chancery® design, which went on to become one of the first commercial typefaces in the Apple operating system. The distinctive ITC Benguiat Gothic™ family was announced in the September issue and the ITC Novarese™ series by Italian designer Aldo Novarese (who also designed the Eurostile® family) finished out the year.