Gebran2005: A Typeface With a Soul

Nadine Chahine’s been having one heck-of-a-day. For her, it must be surreal, seeing the typeface she created speak to her from the headlines of An-Nahar, Lebanon’s leading Arabic-language daily newspaper. Nadine is Lebanese. This is the paper she grew up with.

Nadine’s typeface was unveiled today as part of a major redesign of An-Nahar. This is no casual event. An-Nahar is a family run newspaper, first published in 1933 as a platform for expressing various opinions. The founder’s namesake grandson, Gebran Tueni, eventually ran the publication, but unfortunately his life came to a tragic end in 2005. The Gebran2005™ typeface, Nadine’s design, is named after him.

As Nadine designed the face, she realized she was creating a soul, if one were to exist for a typeface. She thought of Gebran and his own very public face – a man with a deep passion for free speech. She thought of An-Nahar and all those years she held it in her hands while growing up. And when she designed the face, she approached it so that every character mattered, as if each had a story to tell in itself.

Nadine’s story, in her own words and pictures, is here. 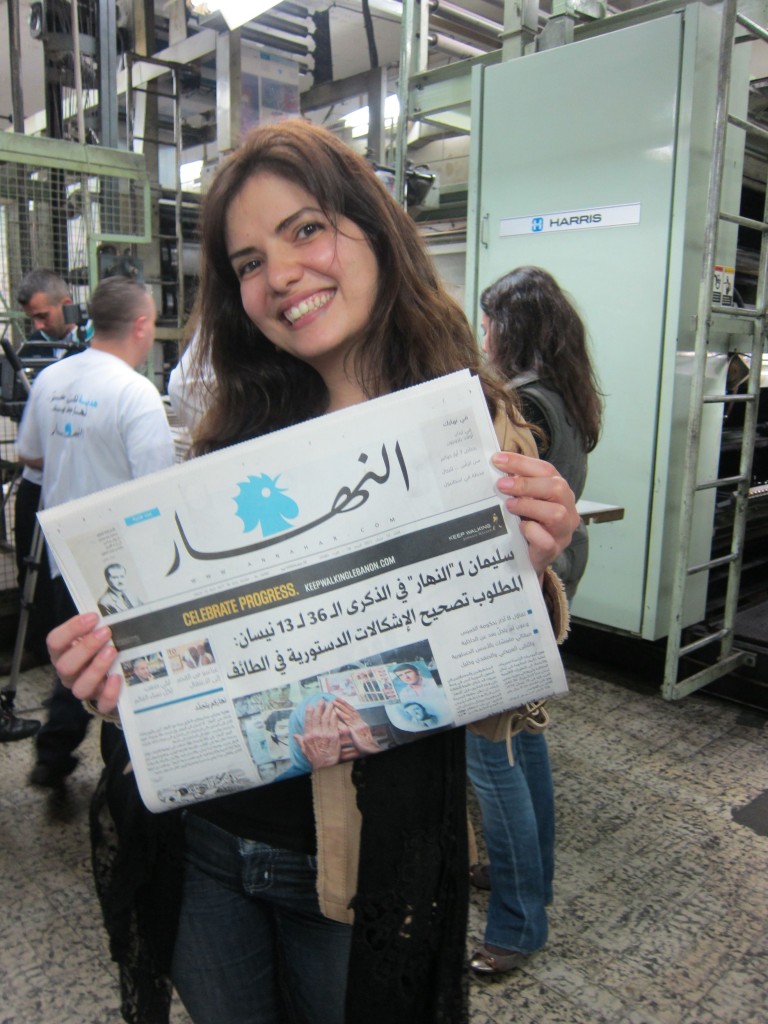 Nadine Chahine holds the latest edition of the redesigned An-Nahar, which features the Gebran2005 custom typeface she designed for the newspaper.