Jovica Veljovic was living in the former Yugoslavia when Aaron Burns, the president of ITC, met him. Upon seeing the young calligrapher’s work, Burns immediately realized that he was in the presence of exceptional talent and encouraged Veljovic to take up typeface design. The ITC Veljovic™ typeface family was first of many he drew for ITC. In his storied career, Veljovic went on to develop typefaces for Adobe and Linotype. Although he spends much of his time today teaching typography and type design near his home in Hamburg, Veljovic continues to add to his body of work. Monotype Imaging has recently made his newest designs, the ITC New Esprit™, Libelle™ and Veljovic Script™ typefaces, available. 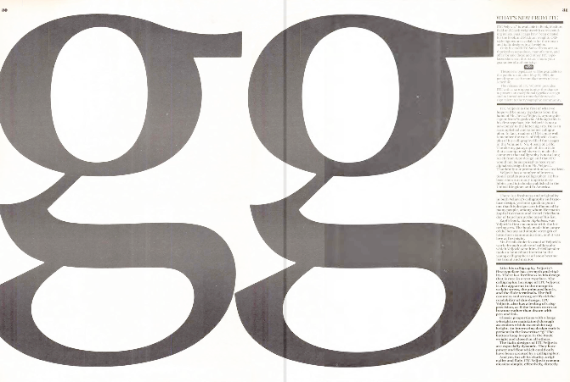 The release of the ITC Leawood™ family was another milestone for ITC. It was the first ITC typeface design where software technology played an important role in the development process. Canadian designer Leslie Usherwood had drawn only a few italic and roman characters for Leawood before his fatal heart attack in 1983. Designers at Usherwood’s studio, however, were able to complete a basic character set in light and bold weights of the family. ITC turned these renderings over to URW, a German firm that developed one of the first digital font production technologies. With close design direction by ITC, URW’s technicians, using the company’s Ikarus™ software, finalized the four-weight family of ITC Leawood. 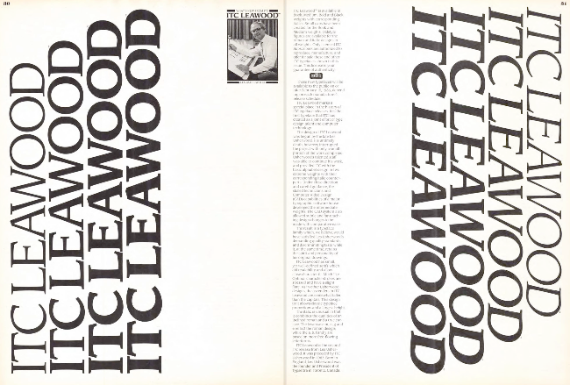 With articles on William Dwiggins, Frederic Goudy, Eric Gill and John Baskerville, my “Typographic Milestone” series was also in full swing in Volume Eleven. During the next few years, over a dozen more biographical sketches of significant contributors to the typographic arts were added to the series.

Click the PDFs below to find out what else was in U&lc Volume Eleven.