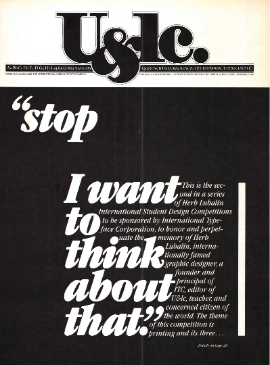 Ed Gottschall’s editorial column in Volume Twelve number One of U&lc stated, “… As ITC moves through its 15th year, it is appropriate to consider how the world of typography has changed since 1970 and where we believe it is heading by the year 2000.” Gottschall goes on to write about how he believes that millions of people in offices around the world will be using typefaces like the Helvetica® or ITC Garamond™ designs, instead of typewriter faces. While Gottschall was correct about that prediction, he could not have known that Monotype Imaging would also acquire ITC in 2000.

In Volume Twelve Number Four, Gottschall provided an additional view into the future in his “ITC’s Technology Update.” In the article, he writes about over two-dozen companies that were on the cutting-edge of technological change in graphic communications. Of these, only six are still in business. Apple® was one of the six – but it was only given four lines of copy in the 1985 article. 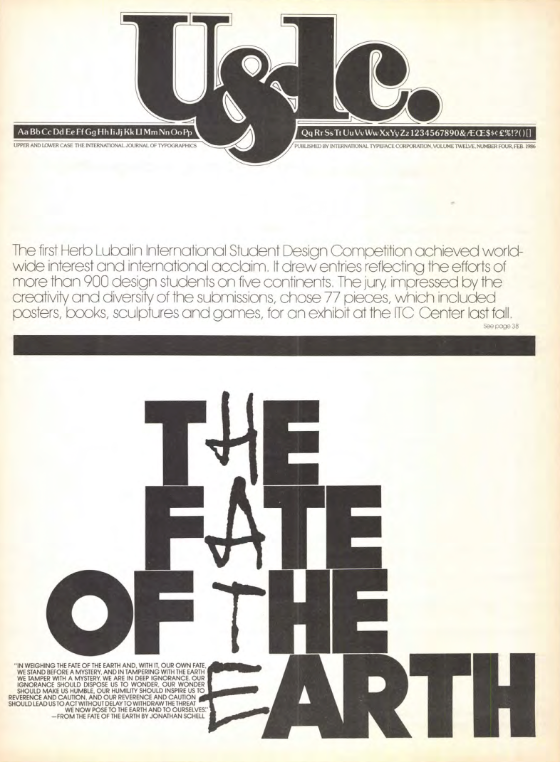 Three new typefaces were also announced in the pages of Volume Twelve, the ITC Mixage™, ITC Élan™ and ITC Esprit™ designs. They are all around today.

Steven Heller, who was recently awarded Smithsonian Institution’s National Design Award for “Design Mind”, and attended the White House luncheon hosted by Michelle Obama, along with fellow NDA winner – and Lifetime Achievement recipient – Matthew Carter, was one of the contributing writers to Volume Twelve. Heller continued to contribute to U&lc for many more years.

Click the PDFs below to find out what else was in U&lc Volume Twelve.