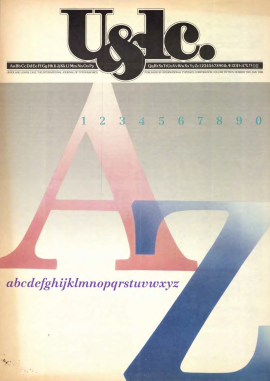 After 14 years of issues in just black and white, in 1988, color finally appeared on the pages of U&lc. It was only used on the first and last four pages of the publication, and its implementation was pretty timid – but it was a start. There were also four typeface release announcements in U&lc’s Volume Fifteen and a coterie of articles bejeweled with exceptional typography and brilliant illustrations.

After years of requesting, negotiating and downright pleading, we were finally given the OK to use color in the pages of U&lc. While we reveled in the ability to finally use more that just black ink, the first implementation of color could only be described as sedate. Future issues of U&lc, however, would take full advantage of the new capabilities.

The first of the “Letter” series, which traced the history of the letters in the Latin alphabet, appeared in Volume Fifteen, Number One, and the ITC typeface review board was announced in the following issue. Actually, ITC had a review board to help determine what typefaces were added to its typeface library from the very beginning but, because of growing reader inquiries about how ITC determines what typefaces to produce, we thought that it would be good to introduce the board members and explain the review process to the readers of U&lc. 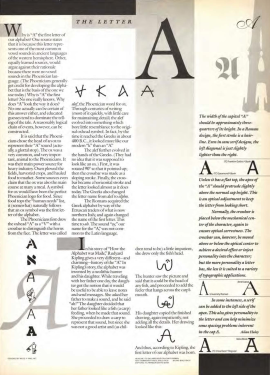 Four sets of typefaces were also announced in the pages of Volume Fifteen: the ITC Panache®, ITC Jamille® and ITC Stone® families from Vince Pacella, Mark Jamra and Sumner Stone; and a suite of the first ITC Arabic typefaces from Mourad Boutros. Sumner Stone and Mourad Boutros continue to design typefaces for ITC and Monotype Imaging. 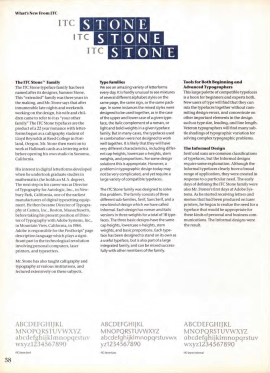 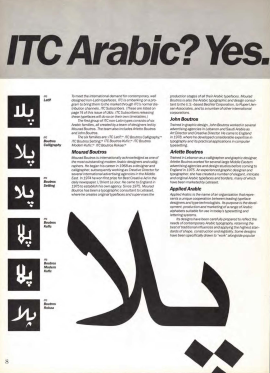 While U&lc featured the work of many illustrators in its pages, the drawings of Murray Tinkelman tended to show up with marked frequency. This was because Tinkelman is not only a terrific illustrator but also drew on some particularly intriguing topics for his work. His drawings of fellow illustrators, graphic designers, for the “Varoom, Varoom, Varoom, Varoom. Pussycats on Bikes?” article in the first issue of Volume Fifteen, is a case in point. 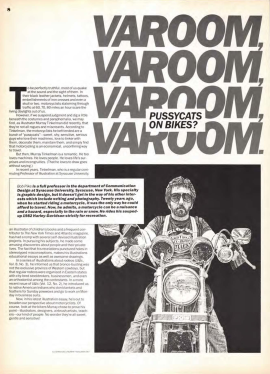 Click the PDFs below to find out what else was in U&lc Volume Fifteen.