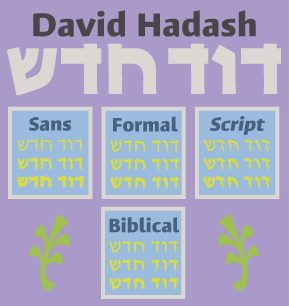 The David Hadash™ family is as beautiful as it is ageless. This even-textured, clear – and truly beautiful typeface is a painstaking digital revival of Ismar David’s iconic early 1950s designs. Scholars, historians, and just about anyone who sets or reads Hebrew script will delight in this new release from Monotype Imaging.

Ismar David envisioned something special when he designed the David typeface in the early 1950s: a Hebrew family of type in three styles – upright, italic and sans serif – with each in three weights. David’s design was the antithesis of early twentieth century Hebrew typeface styles, which tended to be heavy and ornate. His work revived the essential components of ancient Hebrew letters and modernized them with subtle curves and clearly differentiated forms.

In 1954, the original typeface, David, was licensed as two styles, upright and italic, to Intertype as a hot-metal typeface. Each style was made available in two weights only. In 1984, the same two designs were licensed to the Stempel Foundry for use on its phototypesetting machines. When Linotype GmbH purchased Stempel, it also acquired the license to David. In spite of the advent of digital font technology, David, however, was never reissued in new format. Although unauthorized versions have abounded over the years, none has ever covered the intended breadth of styles. 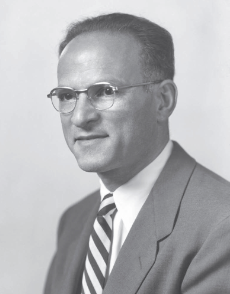 The David Hadash™ (“New” David) typeface family, as originally intended by Ismar David, is now available from Monotype Imaging through an exclusive license with the designer’s estate. Helen Brandshaft, who had worked with Ismar David for many years, painstakingly restored the iconic family of type. She comments, “His work is unmistakable, lively, exciting to look at, endlessly varied and timeless.”

The David typeface was a ground-breaking typeface in 1954. Ismar David distilled the essence of Hebrew letterforms and characterized them with his own sense of design. Yes, the original David is an historically important typeface, but few would find a need for the original two typefaces. What is important about David Hadash is that it restores the beauty & quality of the original David Hebrew design and adds the rest of the styles and weights – and Bibical marks.