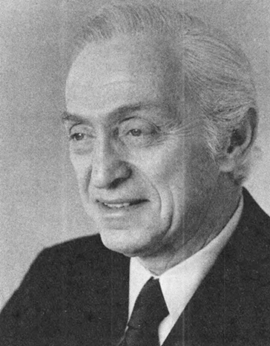 Aaron Burns passed away in 1991. In addition to being one of the founders of ITC, Burns was the heart, soul – and driving force behind the company. As I wrote in his memorial in U&lc, Volume Eighteen, Number Three, “Burns dedicated his career to the typographic arts. His ceaseless mission was to improve the quality of typographic communication and to provide graphic designers with a rich palette of typefaces from which to choose. ITC’s success was, in a large part, due to Aaron’s uncompromising dedication to excellence, his unerring sense of ethic, and his commitment to provide meaningful educational resource to the graphics community.”

Burn’s passing was a profound loss to all who had the good fortune to know him. This was especially true for those of us who worked at ITC. The company, however, continued to build upon his legacy and U&lc continued to publish articles that inspired and delighted graphic communicators.

While ITC had the well-earned reputation as the most successful type-marketing firm for many years, like all companies, it made missteps from-time-to time. Such was the announcement of a new brand in Volume Eighteen, Number One of U&lc. The brand was ITC Typographica, “a resource of typefaces intended for larger sizes …faces which have been created to attract attention, create a mood or make a statement” (basically, display typefaces). Four additions to the ITC Typographica series were announced in 1991, the ITC Mona Lisa Recut, ITC Studio Script, ITC Beesknees and ITC Anna designs. All are still in use today. And while ITC continued to add new designs to the ITC Typographica offering for some time – typefaces that would also become staples of display typography – the brand had a very short shelf life. What ITC forgot was that its typefaces and company name were the most important brands – and that another brand name was superfluous.

The ITC Mendoza Roman family was also announced in Volume Eighteen of U&lc, as were additions to the ITC Franklin Gothic and ITC Garamond families – the latter having an interesting backstory. In the mid 1980s, Apple adopted a digitally condensed version of ITC Garamond as its brand typeface. The face’s proportion fell somewhere between the regular weights of ITC Garamond and ITC Garamond Condensed. Like most digital distortions, however, it lacked the refinement of a typeface developed by a type designer or lettering artist. Apple used the typeface in all its advertising and corporate literature for several years before approaching ITC and Bitstream, the first digital type foundry, to develop a properly designed version of the face. This was to become ITC Garamond Narrow. 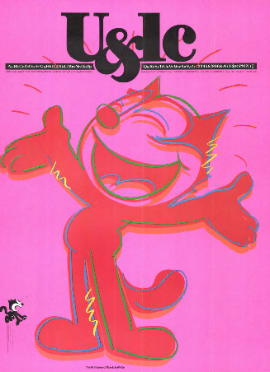 The “Felix The Cat” cover of U&lc Volume Eighteen Number Three, added more collectability to a publication that was already horded by graphic designers. It was printed as a series of three, each with the same “Felix” image, but with a different background color: florescent pink, orange and green. We’ve provided the pink cover in this series of PDFs. True collectors of U&lc have all three covers.

Click the PDFs below to find out what else was in U&lc Volume Eighteen.

Editorial footnote: At the time of (original) posting we do not have PDFs available for the second issue of volume 18. Don’t worry, we do have this issue in our archives and we plan on posting PDFs at a later date.