Fast Company’s fourth annual ranking of The 100 Most Creative People in Business identifies some of the most influential executives, artists and impresarios fashioning our culture – and our future. Among this year’s luminaries is Nadine Chahine, who is in charge of all our Arabic-related type design and business development, working from Linotype, our subsidiary in Germany. Past recipients of the recognition have included Conan O’Brien; Microsoft’s Alex Kipman, who led the creation of the Kinect motion sensing input device for the Xbox game console; Oscar-winning costume designer Colleen Atwood; Jim Yong Kim, the president of Dartmouth who is pioneering a new approach to health-care services; and Arianna Huffington, president and editor in chief of The Huffington Post Media Group.

Nadine works on both custom and library projects and coordinates external Arabic designers. She holds a bachelor’s degree in graphic design from American University of Beirut, Lebanon, and a master’s in typeface design from the University of Reading, U.K. Nadine is also currently a Ph.D. arts candidate at Leiden University, in The Netherlands. 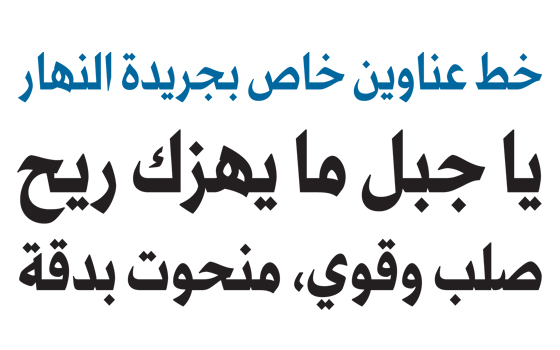 “That got me hooked,” she continues, “and two years after graduation I joined the master of arts course at The University of Reading. It was there that I specialized in type design.”

The inspiration for Nadine’s work is unusual among typeface designers – it is not just about visual influences or conceptual theories. “Beirut is at the heart of my work,” she exclaims. “Especially how I want it to be. Beirut is a city with a troubled history, but it is one that has so much energy, beauty and resilience that it’s constantly pulling itself up. It is a city full of life, and type is the voice. I want a Beirut that has a strong voice and a hopeful future. I do not see a distinction between typography and its context. If we work for better typography, then maybe we can affect change on a larger scale.”

Among the new original designs and custom Arabic typefaces Nadine has drawn for multinational clients, she has also collaborated with renowned type designers, Adrian Frutiger and Hermann Zapf. The results are the award-winning Frutiger Arabic, Univers Next Arabic, Palatino and Palatino Sans Arabic typeface designs, Arabic interpretations of some of their most important Latin typefaces. 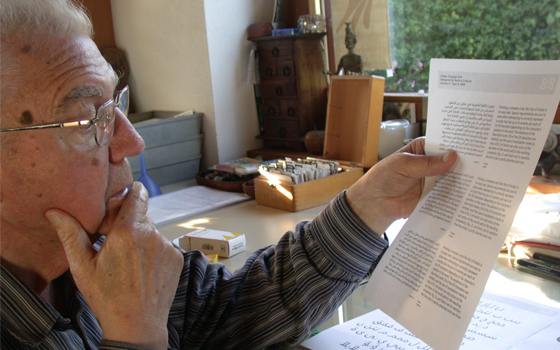 “The first book I read about type design, Type Sign Symbol, was written by Adrian Frutiger,” recalls Nadine, “so I had been influenced by his approach to design a long time before our Frutiger Arabic collaboration.”

“My work with Professor Zapf was especially rewarding,” she continues. “We worked together side by side for many hours, and he taught me how to draw calligraphic forms from the Latin alphabet. I learned valuable lessons about how he looks at letterforms.” 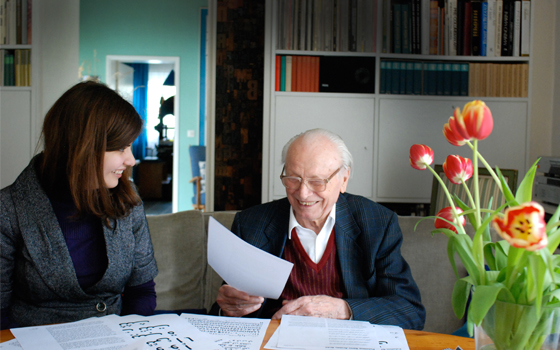 In addition to her collaborations with Frutiger and Zapf, Nadine’s typeface designs include the Neue Helvetica Arabic, Koufiya, Janna, Badiya and DIN Next Arabic typefaces. Her newest project is a modern design that is part of a large multi-script family. Nadine describes it as “friendly yet professional, and a Kufi style with traces of Naskh.” 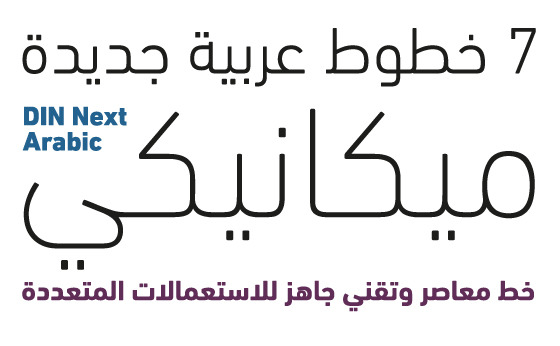 In addition to the influences of her heritage and the city of Beirut, there is an underlying goal to all Nadine’s work – and it is so much more than just about drawing beautiful letters. “Type, by its nature, is the message bearer of written content,” she says, “and type designers are the ones who craft the vessel for communication. Type designers are craftspeople and citizens. I am citizen first, and designer second. I always try to think of where the typefaces will be used, in real life situations. Type comes to life when it is in dialogue with its environment. It’s not about which curve I prefer over the other, but how the typeface serves the function it is meant for.” 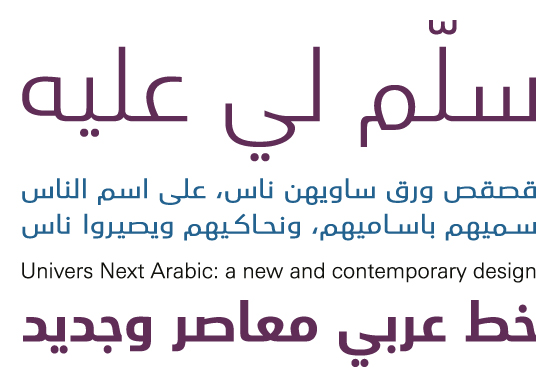 It is only natural that this world view of typeface design would spill over into Nadine’s Ph.D. studies. “I’m studying the effects of word form complexity on the speed of reading,” she says about her work. “We have varying degrees of complexity in the typefaces available today, yet we do not know which ones are more suitable for reading. I am investigating the process of eye movement in reading and related legibility studies for Arabic scripts.”

In addition to her recognition in Fast Company’s fourth annual ranking of The 100 Most Creative People in Business, Nadine has been honored with the Dean’s Award for Creative Achievement from the American University of Beirut in 2000, along with awards for Excellence in Type Design from the Type Directors Club of New York City in 2008 and 2011.

It is rare that typeface designers achieve worldwide acclaim with the general public – but then, Nadine Chahine is a very rare – and very special person.

You can read more about Nadine’s work here on Fonts.com and view samples of her designs in a SlideShare by clicking here.