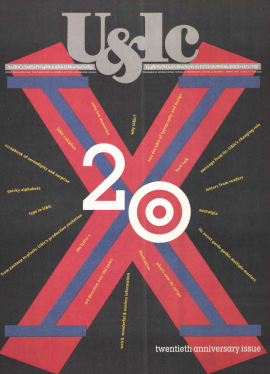 A Bevy of New Typefaces – And Thomas Wolfe is Proved Wrong.

I was enjoying reading the four issues of U&lc Volume 20 in preparation for writing this blog –  until something on one of the pages caused me to reflect a little more than usual on the publication and my tenure with ITC. It wasn’t something that most people would notice (certainly not today), and probably would not care about. I was, however, a bit taken back.

Volume 20 began with the spring issue of 1993 and ended with the spring issue of 1994. More new ITC typefaces were announced in those 12 months than in any previous time since ITC was founded. Three were brand new designs: the ITC Cerigo family by Jean-Renaud Cuaz, ITC Highlander from Dave Farey and ITC Motter Corpus by Othmar Motter. The remaining typefaces were extensions to existing families and a technology upgrade to ITC’s first, and one of its most important typeface designs.

Adobe extended its PostScript Type 1 format in the 1990s to enable users to customize a font while maintaining the integrity of a typeface design. The technology was called Multiple Masters and provided a design matrix based on one to four predetermined axes. These axes determine the range of possible font variations and could include such aspects as typeface weight, width, style and optical size. A type designer created master designs at each end of a design axis. The user could then interpolate, or generate intermediate variations, between the master designs on demand. ITC Avant Garde Gothic Multiple Masters was released by Adobe as a two-axis typeface incorporating weight and width changes. The dynamic ranges extend from extra light to bold in weight, and condensed to normal in width.

While Adobe’s Multiple Masters technology is no longer a commercial product, you can still license all the weights of the ITC Avant Garde Gothic family from a number of authorized online stores. 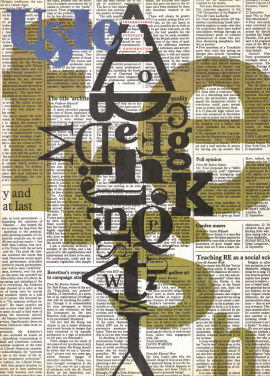 Three “handtooled” variations were also announced for the ITC Century, ITC Cheltenham and ITC Garamond typeface families. Handtooled designs are special display versions of type designs that have a distinctive highlight engraved or “tooled” into the left side of the character strokes. While this modification could probably be accomplished relatively easily with current digital design tools, this was not the case in the early 1990s. The analog design talent of Ed Benguiat was, instead, put to good use on this project.

The other additions to the ITC typeface offering were Cyrillic versions for 20 of ITC’s most popular designs. For some time, ITC wanted to make a number of its typefaces compatible with the many Slavic languages. The problem was finding a suitable design team to undertake the challenge. In 1989, ITC had the opportunity to meet principals of ParaGraph International, a Russian-American joint venture based in Moscow and Sunnyvale, California. ParaGraph’s type design group consists of seasoned typeface design professionals who formed a respected type foundry developing Cyrillic fonts and typographic tools for digital imaging.

ITC commissioned the designers at ParaGraph to create Cyrillic characters, which maintain integrity to the original Latin ITC typeface designs while remaining consistent with the Cyrillic type design conventions. Over the years, many more Cyrillic designs were added to ITC’s typeface library. 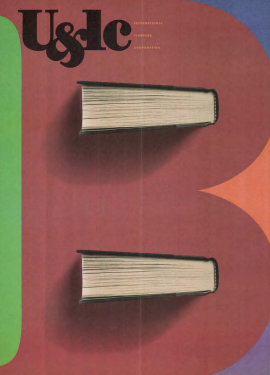 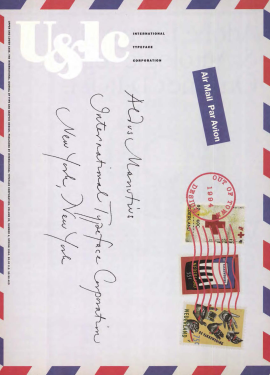 The thing that caused me to reflect on my years at ITC and contributing to U&lc? I’m not listed in the masthead of issue Number Four. I was gone.

I continued to consult to ITC and contribute to U&lc as an independent writer – but I was no longer an employee of the company. What happened? It’s a long story but, basically, ITC and I changed over the years. We grew apart.

I was saddened by leaving the company – and a little apprehensive about my future – but it was the right thing to do. I also discovered that Thomas Wolfe was wrong – you can go home again. I’m back at ITC – well, back at the company that owns ITC – and I’m doing many of the same things I did while an employee at one of the most influential “type” companies from the early 1970s to the mid-1990s. Sometimes “what goes around, comes around” is a good thing.

Click the PDFs below to find out what else was in U&lc Volume Twenty.