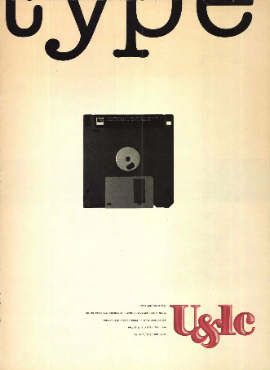 Volume 23, Number 2 of U&lc asks the question, “Is the availability of 50,000 to 60,000 digital fonts too many?” That was in the fall of 1996. In the 16 years since then, that number has probably quadrupled – and new fonts are still being released daily. While the desktop revolution of the mid 1980s democratized the making of fonts, it was the Internet that made it practical. Prior to the Internet and Web font stores, it would have simply been impossible to display, market, and sell this many fonts. ITC added their share of new typefaces (over two dozen) in the pages of U&lc, Volume 23. 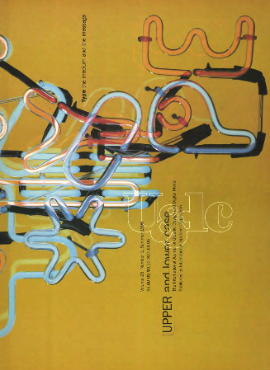 ITC Kallos, by Phill Grimshaw, was announced in Volume 23, Number 1. Grimshaw was passionate about both disciplines of letterform creation: calligraphy and typeface design. Although he drew many display typefaces, ITC Kallos was his first design aimed at both text and display uses. He went on to design ITC Klepto, ITC Obelisk, ITC Rene Mackintosh and several other typefaces before his untimely death in 1998.

The revival of Eric Gill’s Golden Cockerel typeface family was announced in Volume 23, Number 2, along with a suite of six display typeface designs from Phill Grimshaw, Jill Bell, Frank Marciuliano and J.R. Cuaz. (The preceding links will take you to showings of all the typefaces from these designers.) 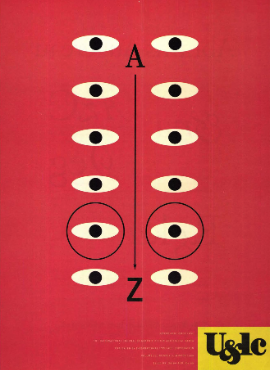 U&lc Volume 23 Number 3 was the “auteur” issue; a term applied to cinema directors who had strong signature styles that usually emerged from taking complete control of a project, from authoring the screenplay to overseeing the final edit. This concept has been broadened to denote an artist in any medium whose particular style and conceptual control make the work distinctive and influential. The auteurs covered in this issue were Pablo Picasso, Saul Bass, Philippe Starck, Peter Greenaway, Fred Woodward and Richard McGuire. The articles, though somewhat dated, are excellent views into the lives of six exceptionally creative artists.

In providing these posts – and the PDFs – we’ve discovered that we are missing a couple issues. Volume 18, Number 2, was the first. However, thanks to Simón Cherpitel, who kindly donated his copy, we will make this issue available soon – along with Volume 23, Number 4, which is missing from today’s post.

This will be the penultimate post in this series about U&lc. At the end of Volume 24, U&lc was downsized from its tabloid format to a more, in the words of its editor, “conventional 8.5 x 11 inches.” The downsizing was done for several reasons – most of them financial. The problem was that in doing so, U&lc also became more conventional. Previous issues of U&lc were powerful design statements that bristled with energy. The small issues – not so much.

Click the PDFs below to find out what else was in (most of) U&lc Volume 23.