“The Classic Grotesque typeface began as a fairly straightforward reinterpretation of the early 20th century Monotype Grotesques,” recalls Rod McDonald, the face’s designer. “While I am delighted with the final results, I had no idea how difficult the design process would be.”

“The trouble was that I spent a lot of time looking at just the early Monotype Grotesques,” McDonald continues. “As a result, that face and its newer rendition, the Arial family, kept creeping into my design.” McDonald’s solution was to broaden his research.

“The Monotype Grotesques had strong influences from two other designs from the same time period: Venus and Ideal Grotesk. Once I began to let all three designs influence my work, I realized that this was what I wanted to do all along – and the problem when away.” 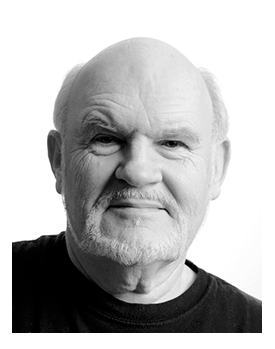 McDonald’s final product is a family of seven weights, each with a complementary italic, for a total of 14 designs. When asked about the size of the family, McDonald’s response was, “Normally I would not produce seven weights but I realized that I could ‘squeeze’ in an extra weight and it would give graphic designers more choices when reversing type and in dealing with the hierarchy of complex documents.”

McDonald wanted to ensure that the family was also versatile and a strong performer in other ways. “High legibility was an important goal,” he says. “I can’t imagine producing a typeface today that doesn’t take into consideration the restrictions of the small screen.”

The complete Classic Grotesque family is available as desktop fonts from the Fonts.com, Linotype.com and ITCFonts.com websites. It is also available as Web fonts.

More information about Rod McDonald and images of Classic Grotesque and its influencers can be enjoyed by clicking here.