Carl Crossgrove’s new Burlingame® family is a classic example of the subtlety type designers bring to typeface design. At first glance, Burlingame appears to be square sans design with understated humanistic overtones. A closer look, however, reveals myriad details that define the typeface.

One of the primary goals behind the Burlingame design is legibility. “Overall design traits, individual character shaping and even letterspacing were carefully considered in the design process,” says Crossgrove, senior type designer at Monotype. “While these considerations are part of every typeface I design, they took on an increased importance in Burlingame.” 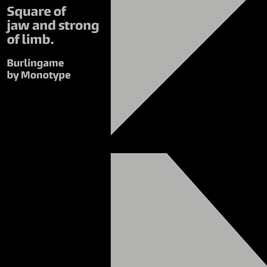 The impetus for Burlingame was a branding proposal for a major gaming platform – which meant that the design had to perform well on a small screen. While it was not incorporated into a video game, Burlingame was eventually licensed for use in human-machine interface displays for automobiles. The process of fine-tuning Burlingame for its new home, however, imposed new legibility issues for the design.

“I modified the original Burlingame renderings based on findings from automotive user interface legibility research Monotype undertook previously,” explains Crossgrove, referring to an exploratory study sponsored by Monotype and conducted by the Massachusetts Institute of Technology (MIT) AgeLab and the New England University Transportation Center, which examined the role typeface design may play in minimizing glance time – the time a driver takes away from watching the road to interact with in-vehicle displays. 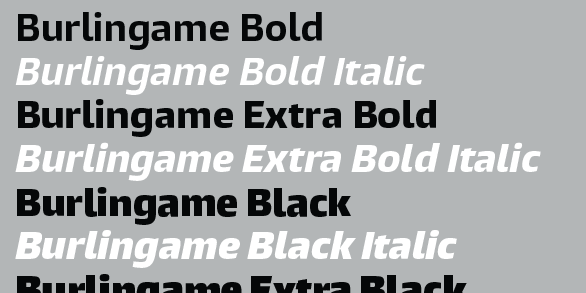 Crossgrove carefully introduced design traits, such as the triangular cuts where strokes join, flat tips on sharp counters, and character bowls that he describes as “superelliptical” to improve character legibility. He also applied generous character spacing to enable clearer character definition. In addition, Crossgrove incorporated character designs from the German DIN 1450 initiative for barrier-free legibility. “There are characters such as the footed l and t, open c and s, and simple bowl and tail g,” says Crossgrove. “I included these, and many other traits into the Burlingame design, intending that they would aid in character recognition and easy reading.”

To help ensure legibility at small sizes and in modest resolution digital environments, Crossgrove made Burlingame’s proportions almost extended. Realizing, however, that there are many instances where economy of space (in addition to legibility) is required, he also drew a series of slightly condensed designs. 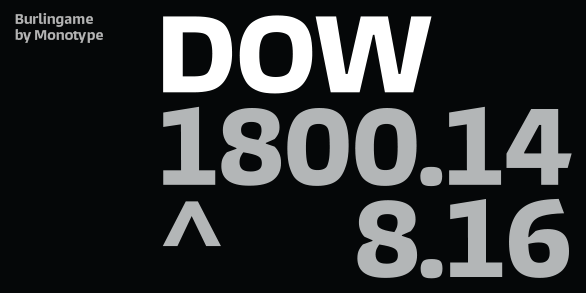 The Burlingame family is comprised of 36 typefaces – nine weights from thin to extra black with condensed counterparts – each with an italic complement. The designs are available for desktop licensing, as well as Web fonts through all Fonts.com Web Fonts paid subscription plans. As a special introductory offer, a sampling of the Burlingame family (Burlingame Light and Burlingame Condensed Black) is available at no charge. Simply load them into your shopping cart and check out. Want all 36 fonts of this great new design? Until May 7th you can get the complete Burlingame family for 50% off!

Learn more about – and license – the Burlingame family today.