From Investment Banker Dreams to Designer

With a wide range of clients, as well as popular self initiated projects, it seems strange to think that Victor Erixon originally intended to become an investment banker. After owning his own cleaning business at age 20, in just two years he’s gone from dabbling in design to a respected, sought after designer. Victor sat down with us to offer some of his insight into his burgeoning career, as well as best practices.

You originally had dreams of becoming an investment banker, and you started your own business when you were really young. How did you decide that design was something you wanted to pursue?
I think that the design industry wasn’t something I really decided that I wanted to be involved in, it sort of just happened. I’ve always been interested in fashion design and minimalism. Everything around us is designed for a purpose, so it’s very difficult to not stumble upon design. In my case, I needed a website for my own business to optimize the conversion rate.
I saw on your timeline that opening Photoshop for the first time was a big milestone for you. Did that translate into teaching yourself about both graphic & web design?
It’s a funny story. I was never the creative type of guy, and I still believe that I’m not. During arts classes in school I used to draw pigs on a letter sized canvas for two years (I passed the course). I never pictured myself being good at Photoshop or Illustrator, as that wasn’t my goal in life. But after selling the shares of my own business to pursue my investment banking dream—by studying economics at Stockholm University—I started applying for various banking jobs to be able to pay for my studies.
And I saw one design opportunity in Stockholm and I thought “why not?” I applied and got accepted. That put a lot of pressure on me, because I knew nothing about the industry or how to design at all. So I had to learn really quick and adapt to keep my job. I quit studying just after a week into the program. 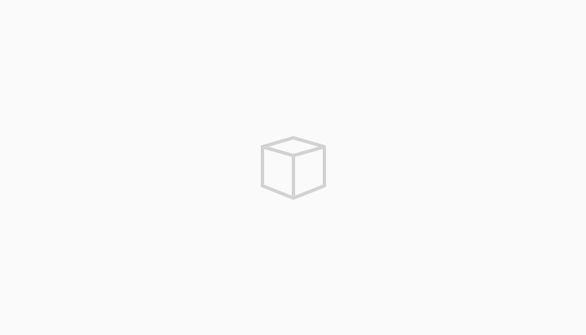 Looking at your body of work, there’s definitely a stripped-down, minimal quality, both in terms of layout choices and typography. But it’s not just to be trendy—there’s a real sense of purpose to the designs. Do you think the term minimalism today is sometimes used incorrectly by designers, by simply being an aesthetic instead of a deep-rooted approach to design?
My purpose has never been to be trendy. My goal is to push the design industry into different directions while still maintaining my own style, which I believe people see as minimal. I just do my own thing right now and it’s just luck that it happens to be trendy at the moment.I definitely think people throw around the term minimalism, and I might be too. I guess people interpret it in different ways. People tend to mix up minimalism and flat design; I can see why they work well hand in hand, but it’s deeper than that.
My philosophy has always been, and will continue to be, that I strip down all the clutter of the UI just to make it easier for people’s eyes to read the actual content. More focus on function than focus on adding that beautiful gradient that people will love, but eventually get tired of. This is obviously not always shown in my portfolio because I like to experiment with aesthetics, but in the end I think a good designer—or at least the designer I want to be—should be able to strip down all the clutter, make things functional and still appealing to the eyes.
At first thought, an enterprising business student and business owner might not be somebody you think has excellent typographic instincts. Where do you think you developed those sensibilities?
I don’t know, it seems like they were hidden somewhere in the back of my brain. I’m not saying that I’m a typography expert of some sort, but I do know that I’m quite fond of beautiful typefaces and I’m always scouting for new fonts. I think it’s all rooted in my fashion design interest where I always read a lot of fashion magazines and fell in love with the typefaces they used.
About your actual workflow—when you’re prototyping your designs, does the wireframe come first? Or have you had instances where type is your starting point?
My workflow is a mess: picture me like a crazy artist just throwing paint on a canvas, adding shapes and finding a suitable font that appeals to me and works with the rest of the design. I do not usually wireframe. In my full-time job I have UX designers doing wireframes for me, and I usually tweak them to work both UX-wise and visually. I think UX and visual aesthetics need to walk hand in hand in order to become a successful end product. Although, when I freelance for different clients I usually do as I first described by just throwing things on a canvas and experimenting with the guidelines they provide me.
Do you find that working the full spectrum —from being a typographer, UX designer, to illustration—helps you understand your clients’ design need as a whole?
I used to do icon work in Photoshop which is a little bit tricky, it doesn’t give you the same control of the icon as illustrator does. Yesterday I took a class by my friend and she taught me everything about illustrator. As we’ve been speaking I’ve been doing about 30 icons and I’m completely addicted. This is probably the thing that excites me the most right now. I think it’s good to work in the full spectrum and have a complete understanding on how things work. I also know front-end coding which allows me to understand the developers better. In whole, you get a better understanding of the entire process, which I find essential for someone who wants full control over their designs.
Do you find that your clients are now more aware of typographic choices, as well as the use of Web fonts for their online presence?
I think that we’ve seen that in the past few years that the designer role has grown into something even more important. People have built their entire companies and products through programmers and now they really want to compete with their competitors. And how do they do that? By launching better features and having better design. Companies have been forced into the design industry and forced into having a good design understanding in order to survive and stand out. I see that typography is an essential part of the design, and I feel like the general public has started to see that as well. I also believe that it is a result of all the amazing typefaces that have been released through the past few years. After all, like Robert Bringhurst said: “typography is the craft of endowing human language with durable visual form.” 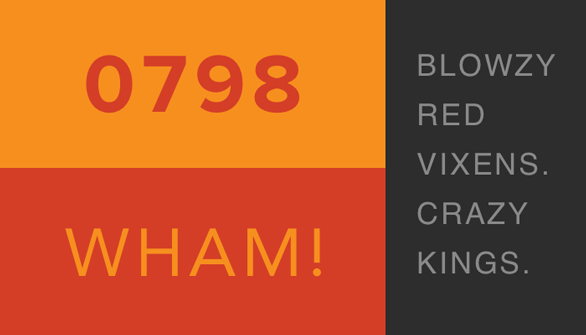 Do you have any go-to typefaces or typeface pairings you know you can rely on?
I tend to rely on the Open Sans family because it’s a clean font with a lot of weights—it’s also very readable, and a good alternative to the Neue Helvetica™ collection. I usually pair Open Sans with a serif such as the Sentinel or Source Serif Pro designs. Other fonts I tend to mix in are the Avenir™ family—which is a beautiful and clean typeface— and the Neue Helvetica collection, which is a classic that needs to be in every designers library. The same thing goes with the Proxima Nova family, which is a very versatile font.
You’ve posted some very interesting personal projects in the past. Do you find that self initiated projects help in not only satisfying creative needs, but also as a way to hone skills and incorporate new ideas into client work?
I totally agree. The reason why I do a lot of fictional work that I share with the community is mainly to experiment and to try push myself into different directions, but also to try to give inspiration to the people who follow me. Working for a company or for a client often puts a constraint on your creativity: you have to design the product with others’ thoughts and ideas in mind. By making a fictional product you can do exactly what you want and come up with new ideas that you later on can incorporate into in real company or client work.
Do you have any overarching words of advice for designers or developers?
As mentioned earlier, when I began designing and got my first full-time job without any experience—it put me in an awkward position where I had a huge amount of pressure on me. You should always look for awkward scenarios that force you into working hard and learning new things. It definitely stresses you and almost makes you hit the wall. But you should do this every now and then when you feel like you have the confidence and time to be put in an awkward new position. Accept it as uncomfortable—it may be tough, but it’s a small price to pay in order to grow as a person.
Favorite designers?
Vic Bell, Daryl Ginn, Justin Mezzell, Jeremy Sallee, Mason Yarnell, Bill Kenney, Ben Cline and Kerem Suer.