Jim Ford describes designing a large typeface family as “a mountainous commitment.” “You don’t scale a mountain just to turn around and go back,” he says. “There’s a triumph to be had; whether it’s in the challenge overcoming a fear, a discovery or a reward, or just a beautiful scenic overlook. In any case, that triumph is the anticipation that drives you through the project, and you know about it before you start climbing.” And Ford has taken this journey several times.

Originally studying advertising at Columbia College Chicago, Ford switched to graphic design to concentrate on typography and color. “I’ve always been fascinated with history and the developments in art and typography, so becoming a type designer was like joining that rich heritage,” he adds. Ford also credits his typography teacher, George Thompson, and Monotype type director, Steve Matteson, as an important mentors. “Mr. Thompson is a great educator and a prolific type designer that gave me a terrific introduction to the typographic arts,” explains Ford, “and Steve took me under his wing and helped me find my footing in the art and craft of typeface design. I am indebted to both.” 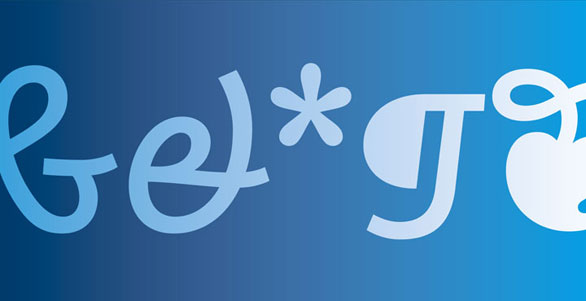 Even a decade as a type designer, with many commercial and custom typefaces to his credit, Ford says he’s still in love with type design. “Having learned the “ins and outs of the ‘black art’ while at Ascender,” he says, “and now working as part of the Monotype Studio, each new project is welcome challenge.”

His most recent typeface design, Quire Sans, was born from Ford’s personal endeavor to create a universal sans “You could say it’s a thesis of sorts,” he says. “The goal was to create a modular typeface.” He explains. “It was a simple alphabet, really just a simple line ¬– but with “historic” alternate characters for the more distinctive letterforms like a, e, and g, to emulate the various type design genres. By switching in these characters, the whole look of the alphabet could be changed.” Ford used the most “universal” old style forms from his experimental design as the foundation for the Quire Sans typeface.

He describes the new typeface as “almost a flat design exercise,” explaining, “Quire Sans pays homage to the more decorated book faces — however very subtly. It draws on the motion of old style typefaces, but does not have calligraphic stress, serifs and other peculiarities, while retaining the underlying form and proportion.” Ford has also injected his “personal signature and character” into every letter. “It is not unlike what Eric Gill did with Gill Sans,” he says. “Or what Adrian Frutiger did with Frutiger, only there are more technologies and end uses to consider.”

Quire Sans translates exceptionally well from hardcopy environments to digital screens and user experience design. It retains its personality and legibility at both large and small sizes, and its extensive range of weights gives the family extraordinary versatility. 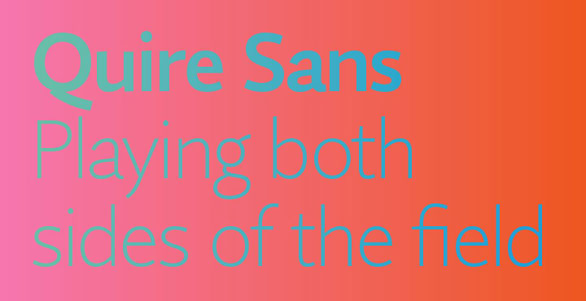 The Quire Sans family is comprised of 20 typefaces – 10 weights from thin to fat – each with an italic complement. The designs are available as either desktop or Web fonts from the Fonts.com Web Fonts Service. In addition, the Quire Sans family is available as both Web fonts and desktop fonts through Fonts.com Professional and Master subscription plans.

Click here to learn more about – and to license – the Quire Sans family.