The Reinvention of a Classic Geometric Sans

The Neue Kabel® typeface family, from Marc Schütz, takes the calligraphic charm of Rudolf Koch’s 1927 design and restifies it for the 21st century. Kabel was first released as just one weight and grew to a family of 9 designs over several years. Unlike most contemporary typefaces, however, the various versions of the first Kabel family were dissimilar in proportion and suffered from varying character traits. Schütz restored the rhythm and proportions of Koch’s original typeface, and modified the family to have the consistent design traits and structure of a 21st century design (“restified”). 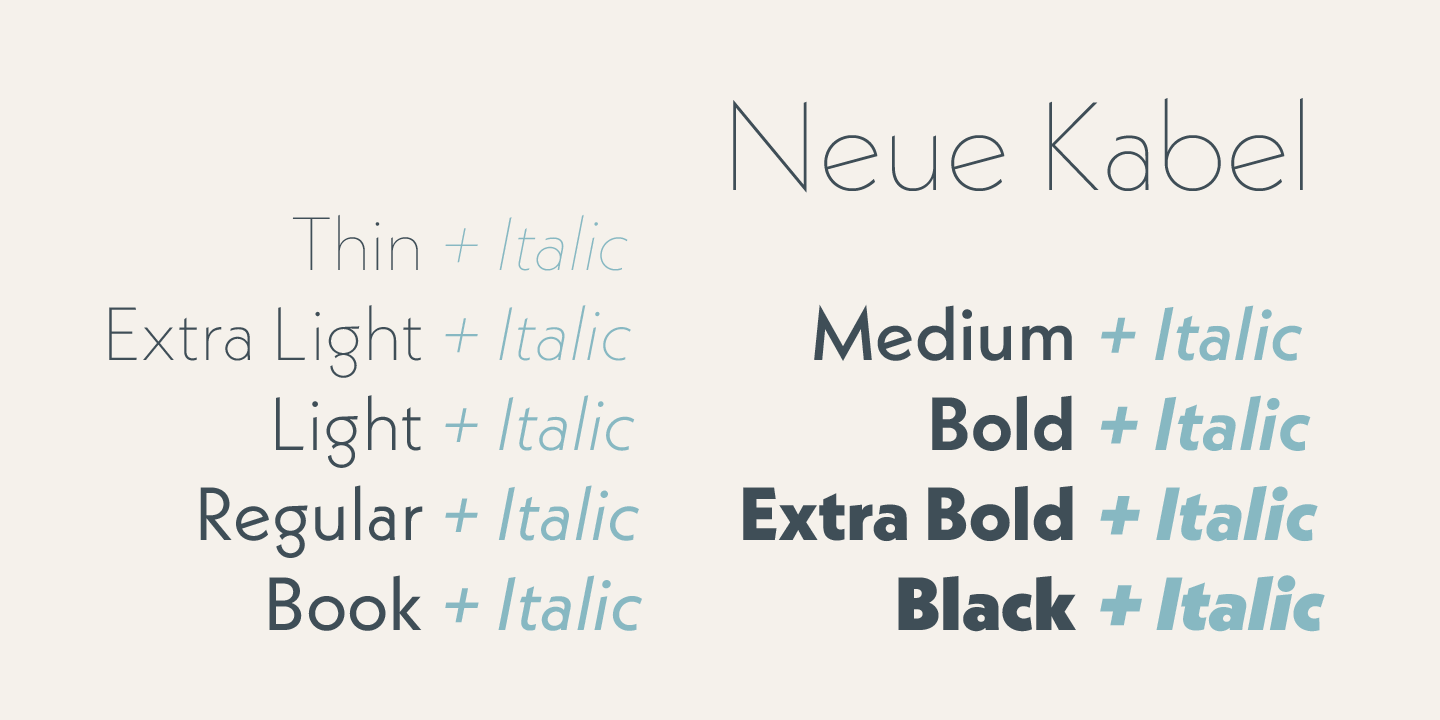 “Neue Kabel celebrates the style and spirit of Koch’s Art Deco design, while providing the versatility and family range to excel in a wide variety of print and digital environments.” 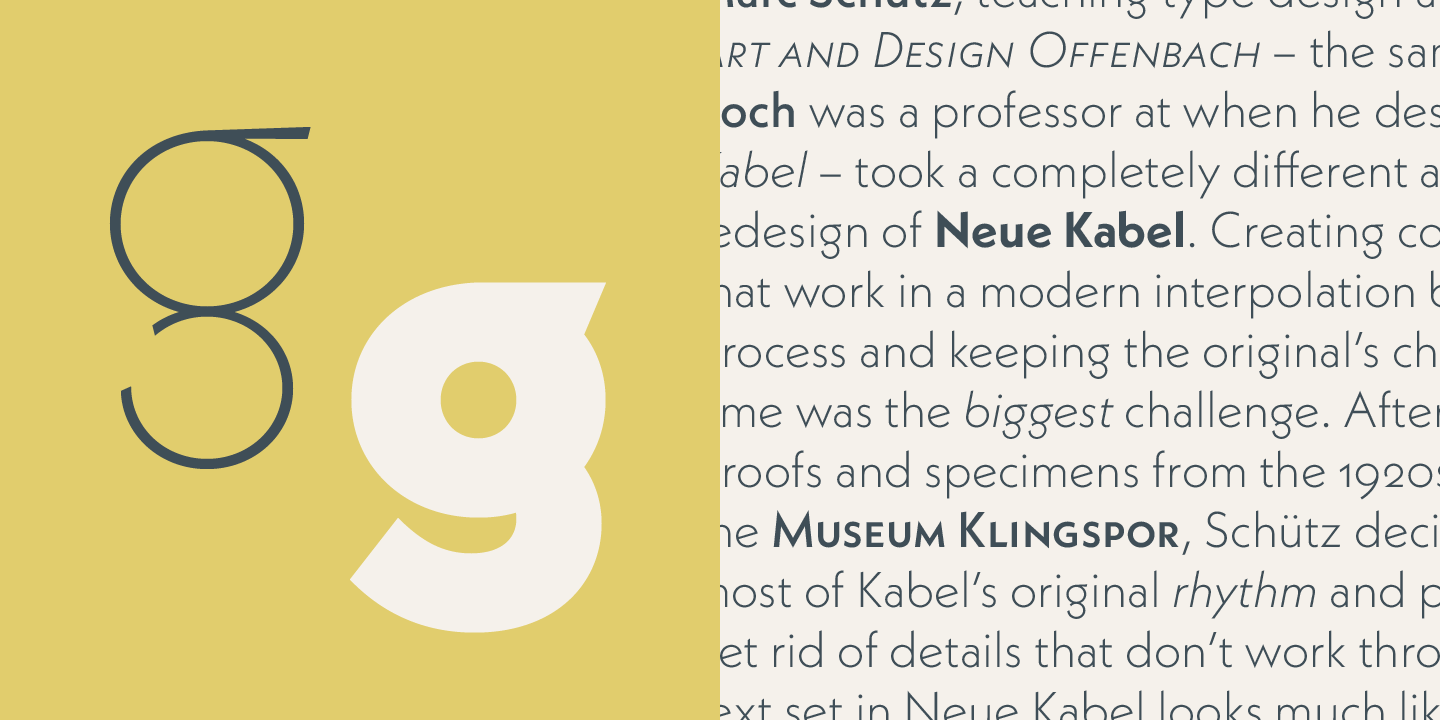 After studying proofs and specimens of Koch’s original typeface, Schütz proceeded to preserve the first Kabel’s demeanor while removing the inconsistent details in the early 20th century design. Neue Kabel celebrates the style and spirit of Koch’s Art Deco design, while providing the versatility and family range to excel in a wide variety of print and digital environments. The result is that copy set in Neue Kabel appears much like Koch’s design, but is clearly a fresh interpretation of the master calligrapher’s work. 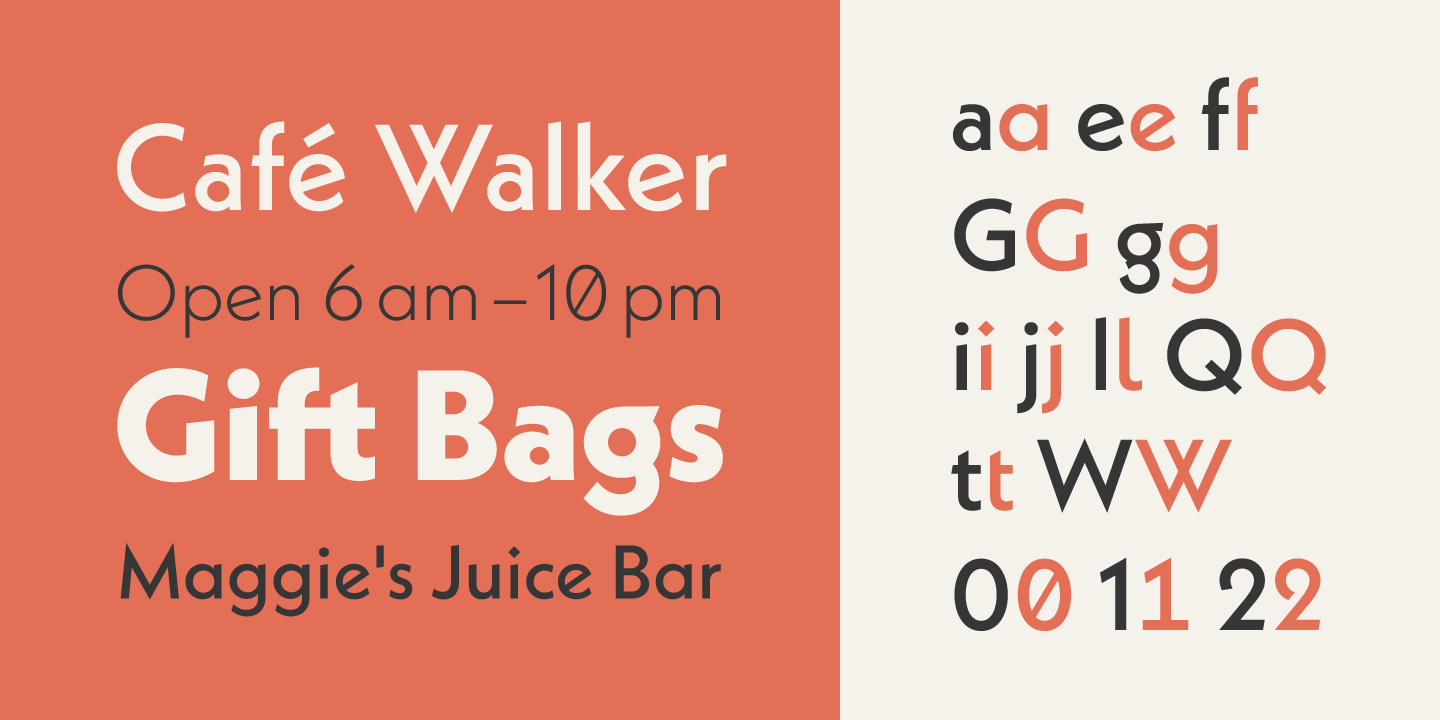 The Neue Kabel family of 18 roman and italic designs is available as OpenType® Pro fonts featuring small caps, 8 sets of figures and many historical stylistic alternates. Pro fonts also include an extended character set supporting most Central European and many Eastern European languages.

For a limited time, the complete Neue Kabel family is being offered at the introductory price of just $99. Add this design to your typographic library now!