Between: A New Type Family With Three States of Being

Monotype’s new Between™ typeface may seem to have an odd name – until you learn what it is all about. There are three states to Akira Kobayashi’s newest design and, while different from each other, they all offer a human-centered design to ensure that copy set in them is approachable and friendly. It’s this ability to transition “between” the designs that makes the family especially adaptable and flexible. 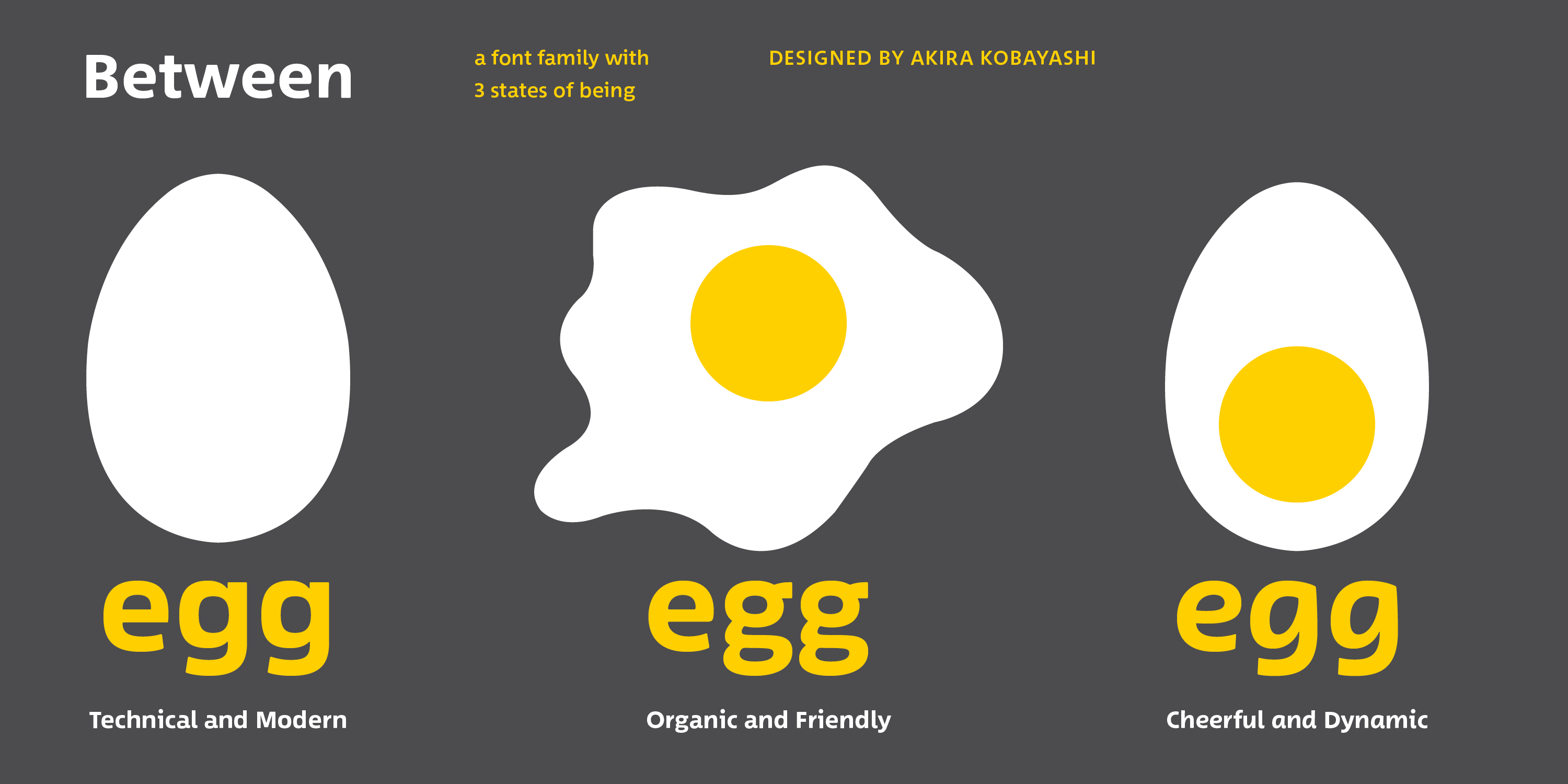 Kobayashi designed the Between typeface in response to the current widespread use of rounded and humanist sans serif designs, over the cool and steady grotesques of the 20th century. Between has 48 styles and each is comprised of eight weights with italics. “It started with the one in the middle,” recalls Kobayashi. “Between 2 was based on the idea of sans serif version of my Cosmiqua typeface. It strikes a balance between being crisp and highly legible on one hand, and organic and friendly on the other. In Between 1, I melded industrial and humanistic sans serif design ethics. Between 3 is a freestyle sans with an uplifting youthful demeanor. It’s a lighthearted combination of handwriting and sans serif letterforms.” 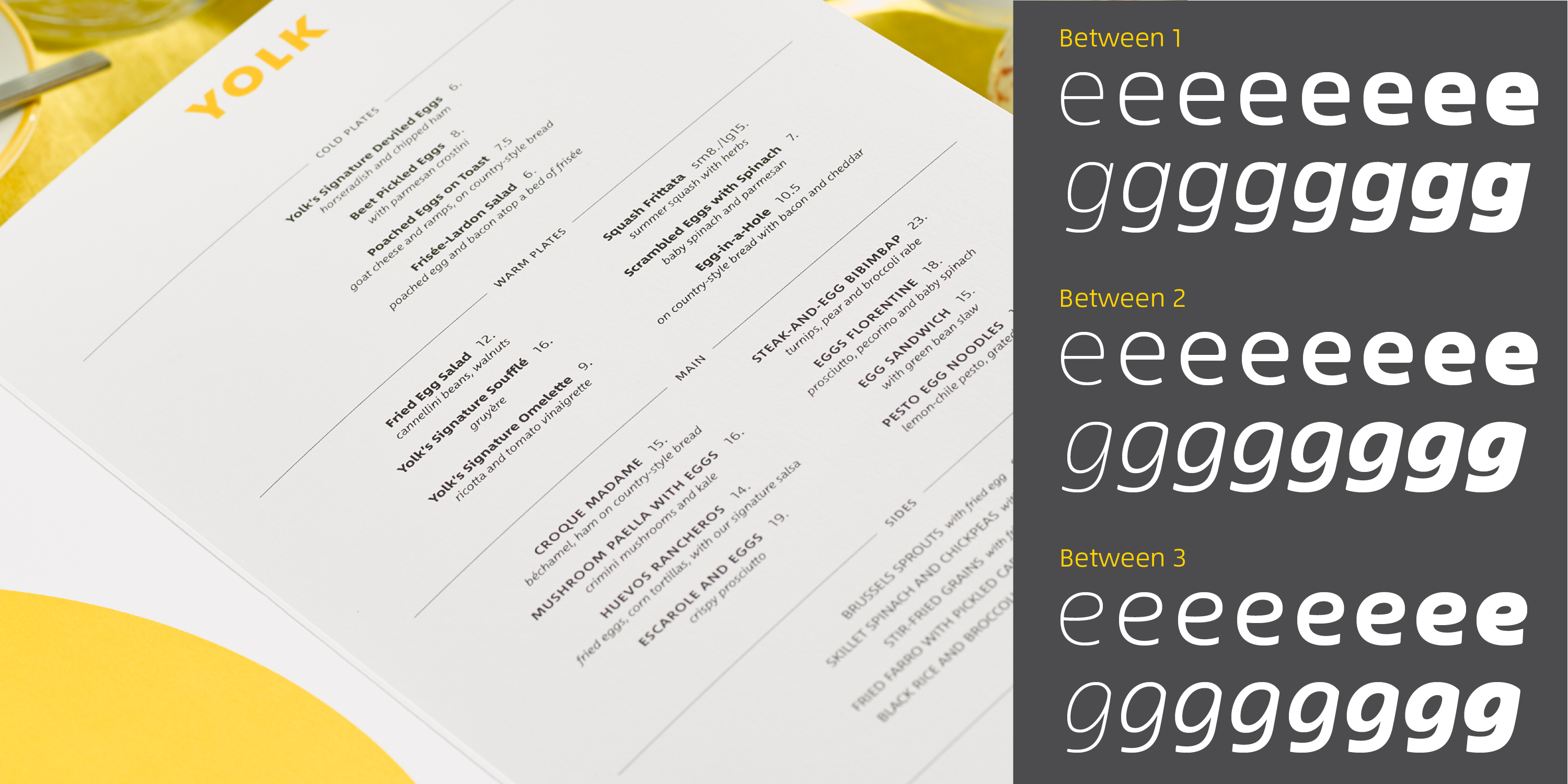 The variations of Between are subtle but telling. All three share the same cap and lowercase x-height, and many of the same letterforms. As a result, there’s a fluidity between the designs. Certain characters, however, like the core components of a meal, make all the difference. Extract the ‘e’s and the ‘g’s, for example, and it’s easy to see the key ingredients.

“There are three states to Akira Kobayashi’s newest design and, while different from each other, they all offer a human-centered design to ensure that copy set in them is approachable and friendly.” 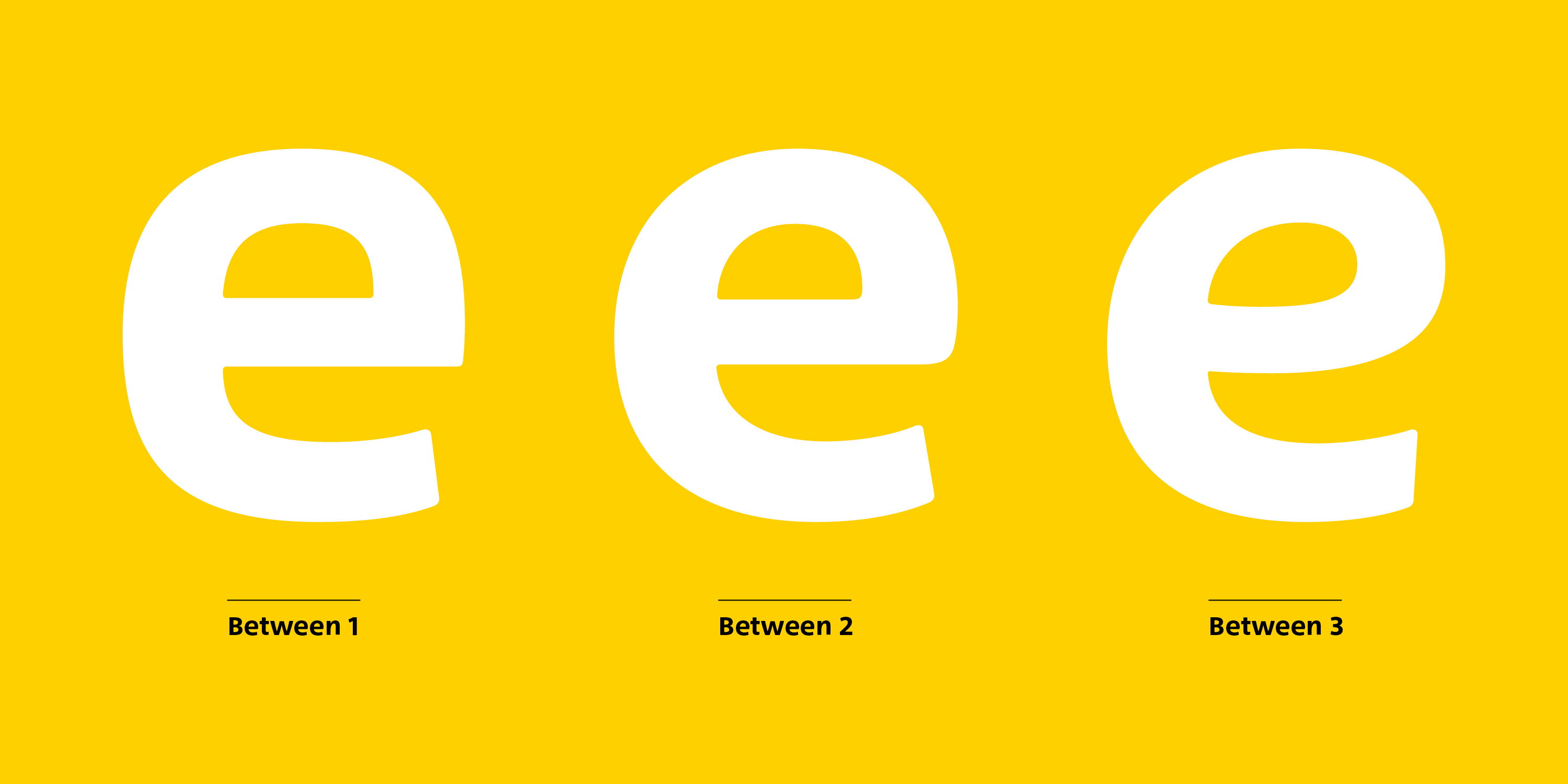 “There is an expression in German that describes the similarity of the three Between designs,” says Kobayashi, “‘wie aus einem Guss’ (as if cast from one mold). What I wanted to achieve with the type family, was to take this concept, but push it in three different directions. The result is a series of typefaces which have been freed from the mold – and at the same time have a sense of uniformity.” 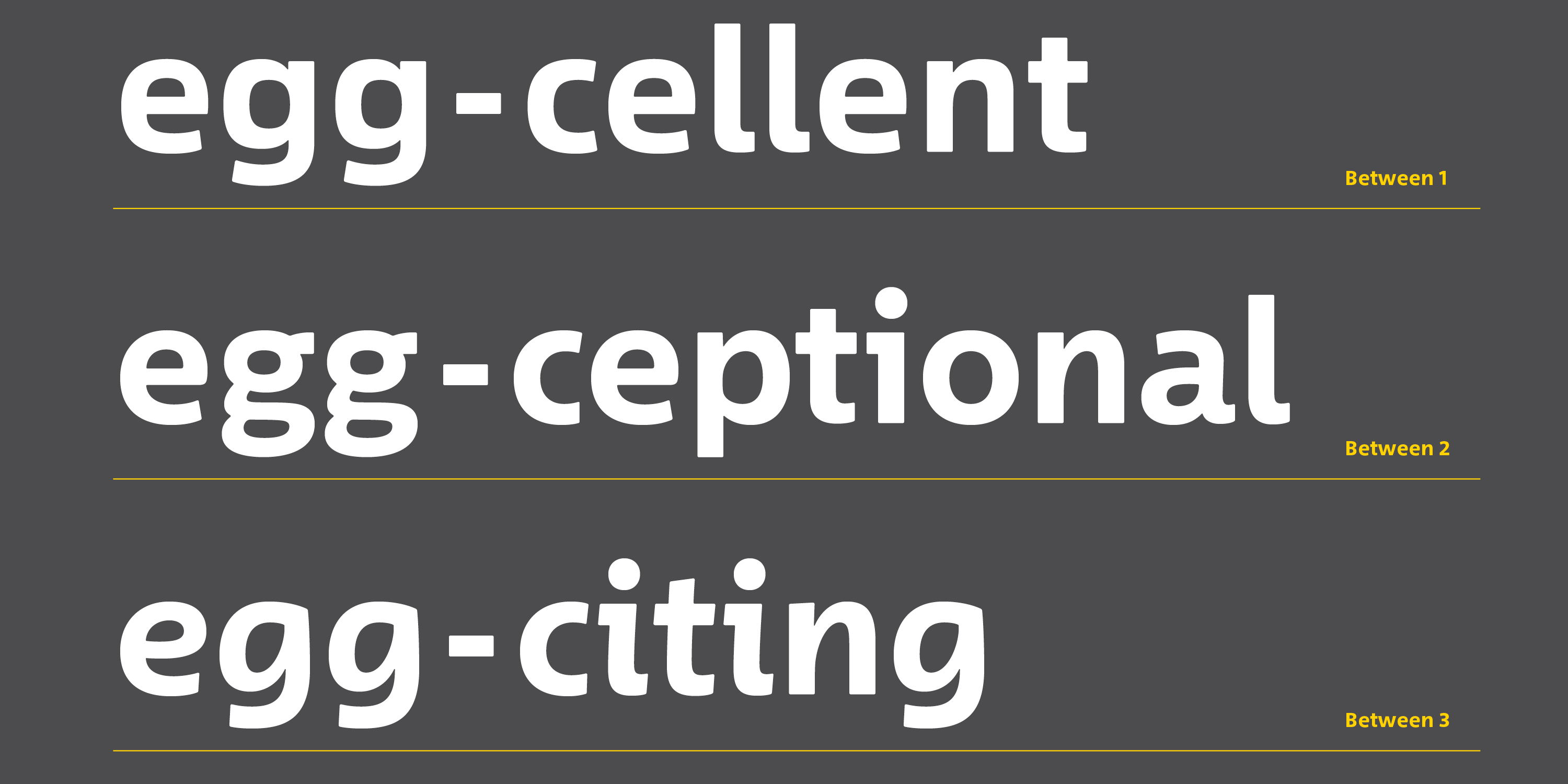 For a limited time, the complete Between family is being offered at the introductory price of just $99. Add this innovative design to your typographic library now!