“The greatest use of life is to spend it for something that will outlast it.” – William James

Arthur Baker passed away late last year at the age of 86. While he is no longer with us, his calligraphy and typeface designs will surely be part of the typographic lexicon for many years to come.

Baker dedicated his career and adult life to the letter arts. He was a renowned calligrapher, author of over 20 books on the calligraphic arts, and an award-winning typeface designer with hundreds of designs to his credit. Baker’s lively style has been admired and imitated by many calligraphers and type designers. With his knowledge of historical calligraphic styles, and his custom designed pens and brushes, Baker created a rich, deep and wide legacy of letterforms.

His brother, Edward, eloquently sums up Arthur’s life. “My brother dedicated his life to calligraphic designs and the alphabet. For 60 years, the 26 letters of the Roman Alphabet were Arthur’s closest personal friends and family. His right hand and heart made the pen and brush dance to the cadence of many different drummers.”

Baker grew up in Berkeley, California, and attended school on the West Coast and New York City. After serving in the U.S. Army, he studied under the famous calligrapher Oscar Ogg and had private lessons with George Salter, and Tommy Thompson. Some of Baker’s earliest designs were made available through Photo-Lettering Inc., and his first widely-available commercial typeface was published in 1965. Baker’s first book was published in 1973. His later digital typefaces were made available through an impressive array of companies: Adobe, Agfa Typographic Systems (now Monotype), AlphaOmega Typography, Hewlett Packard and International Typeface Corporation (ITC). 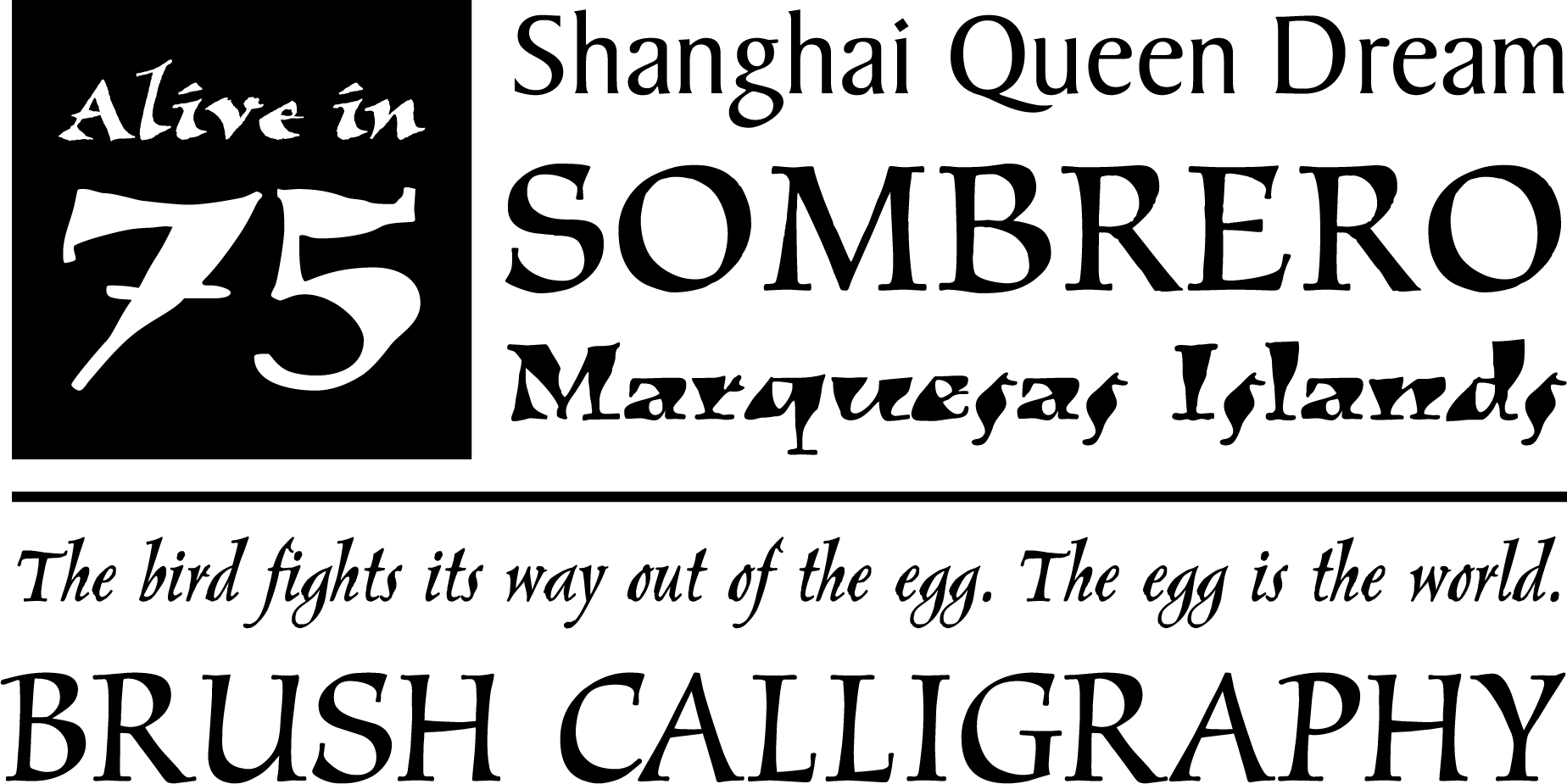 Steve Reef, founder of Glyph Systems, remembers Baker as a prolific designer who was always trying out new ideas. “He would get an idea and then generate a pile of paper drawings exploring a variety of subjects including American presidents, apples and even pasta,” Reef recalls. “Arthur would write out words like ‘rigatoni’ and ‘macaroni’ in different lettering styles – each uniquely capturing the essence of the word.” Baker drew thousands of alphabets. Unfortunately, most remained on paper and were never converted into fonts. This, however, did not deter him. Baker worked out a love of drawing letters and exploring their forms.

Baker’s typefaces, while all based in calligraphic tradition, are as varied as his typographic imagination and the tools he used to draw them. He also drew all his typefaces by hand. Baker never owned a computer and preferred to collaborate with those who had the technical skills to turn his calligraphy into digital fonts.

“Arthur would write out words like ‘rigatoni’ and ‘macaroni’ in different lettering styles – each uniquely capturing the essence of the word.”

Baker Signet™, Baker’s first commercial design, is an upright script with delicate broad strokes and hints of triangular serifs. Tall ascenders and angled weight transfer show a subtle foundation in late 15th century typefaces. Oxford™ is a robust and lively non-connecting script with several bi-form characters. Kigali™ is wide with an aggressive demeanor. Visigoth™ is another powerful design that conveys a sense of tension and immediacy. Mercator™ is more about chancery shapes and proportions – but with Baker’s distinct interpretation, while Cold Mountain™ is a rough edged, upright design of condensed proportions. The Hiroshige™ and ITC Tiepolo® typeface families, co-developed with Cynthia Hollandsworth Batty, were watershed designs when developed and remain popular to this day.

Tommy Thompson, the famous advertising lettering artist, said of Baker’s work, “language becomes music through the flowing pen of (his) calm and facile hand. His love of beauty is so unselfishly expressed in his work that one reads joy in each letter and word, in the rhythm of his designs.”

Note: Fans of Arthur Baker’s work will soon be able to experience it firsthand at Letterform Archive. The San Francisco non-profit institution specializes in type, calligraphy, and graphic design, and is especially honored to preserve primary material from local artists like Baker whose work encompasses all three disciplines.